Originating from the home of Zac and Cari Caramonta, Gnarly Barley Brewing got its start in a crowded garage, amongst the presence of two fat cats and a halfpipe. After being exposed to great craft beer, Zac began homebrewing initially as an investigation into the brewing process. Soon after, he sought to create brews as exceptional as those that had originally inspired him. Gnarly Barley’s homebrewed beer debuted at the New Orleans on Tap Beer Festival in 2011 with the Korova Milk Porter and the Hoppopotamus IPA. Gaining positive feedback through local beer festivals and finding many comrades in the local brewing community, Zac and Cari aimed to open a microbrewery.

Established in 2014, Gnarly Barley Brewing is located in a 14,000 square foot facility in Hammond, Louisiana and consists of a two-vessel 30bbl Brewhouse, one hot and one cold liquor tank, a 1,220bbl cellar and a whole lot of passion for craft beer. An open air taproom, known as the Gnar Bar, located within the facility allows guests to view the brewery’s inner workings. With the growth of Gnarly Barley, a passionate and dedicated staff have been added to the team.

Gnarly Barley was the recipient of a 2017 Louisiana Lantern Award for demonstrating excellence in manufacturing and outstanding service to their community. The Brewers Association named Gnarly Barley among the top 50 fastest growing breweries for 2017 and 2018. Current distribution in Southeast Louisiana includes the Northshore, Greater New Orleans area, Baton Rouge, Lafayette and Houma.

Zac and Cari were both born and raised in Southeast Louisiana and take great pride in helping the local beer industry grow. 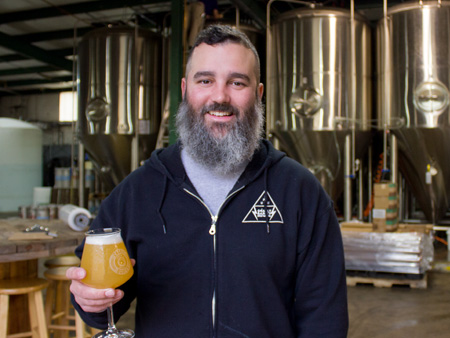 Zac is an avid skateboarder and a craftsman at heart. Not willing to waste away his free time, Zac taught himself how to build and brew, not only to bring his passions closer to home, but to share with his friends and family. When his garage could no longer contain his ambitions, he quit his day job and established Gnarly Barley Brewing with his wife Cari.

Zac is a member of the Mystic Krew of Brew homebrewers club in Covington, LA. He is also a founding member of the YOURS foundation, an organization that helps bring skateparks to local communities. 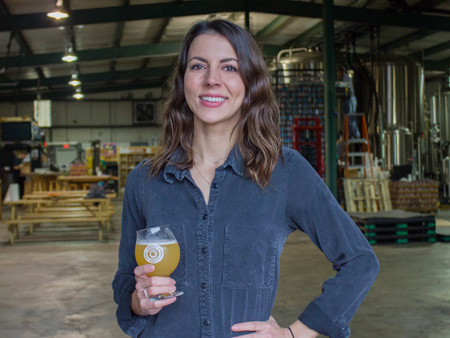 Cari has always had a penchant for craft in its many forms. Before she developed a soft spot for craft beer, she was constructing objects to suit her life, whether it was a customizing her wardrobe, furniture, or visual displays for her job as a fashion merchandiser. Having the same DIY mindset as her husband Zac, she found brewing just as rewarding. Cari is also a member of the Mystic Krew of Brew homebrewers club in Covington and a Cicerone Certified Beer Server. She works with Zac on recipes, brewing, marketing and her favorite part, tasting. 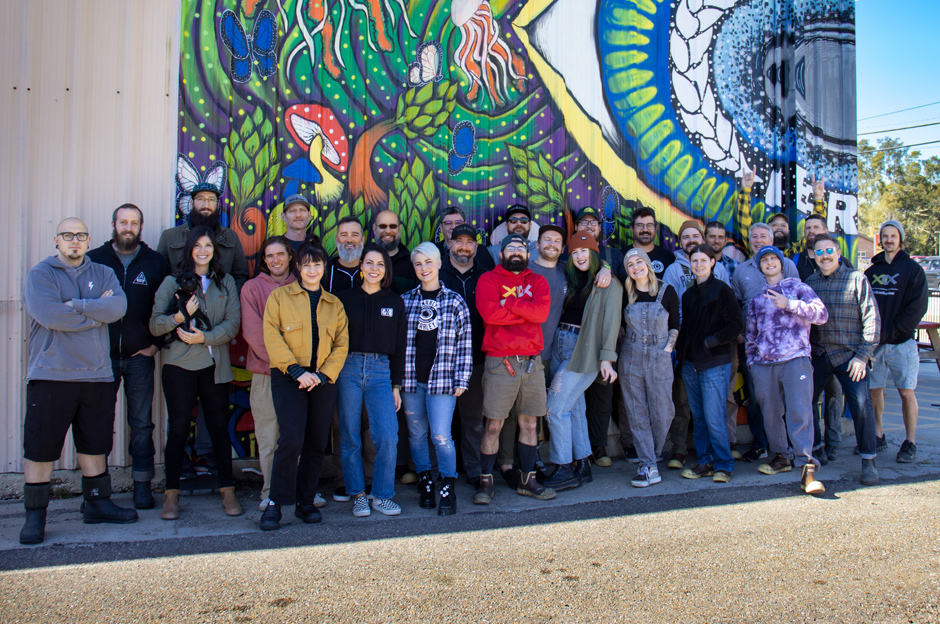